Employee Safety Should Be Top of Mind: #MeToo in the Brewing Industry 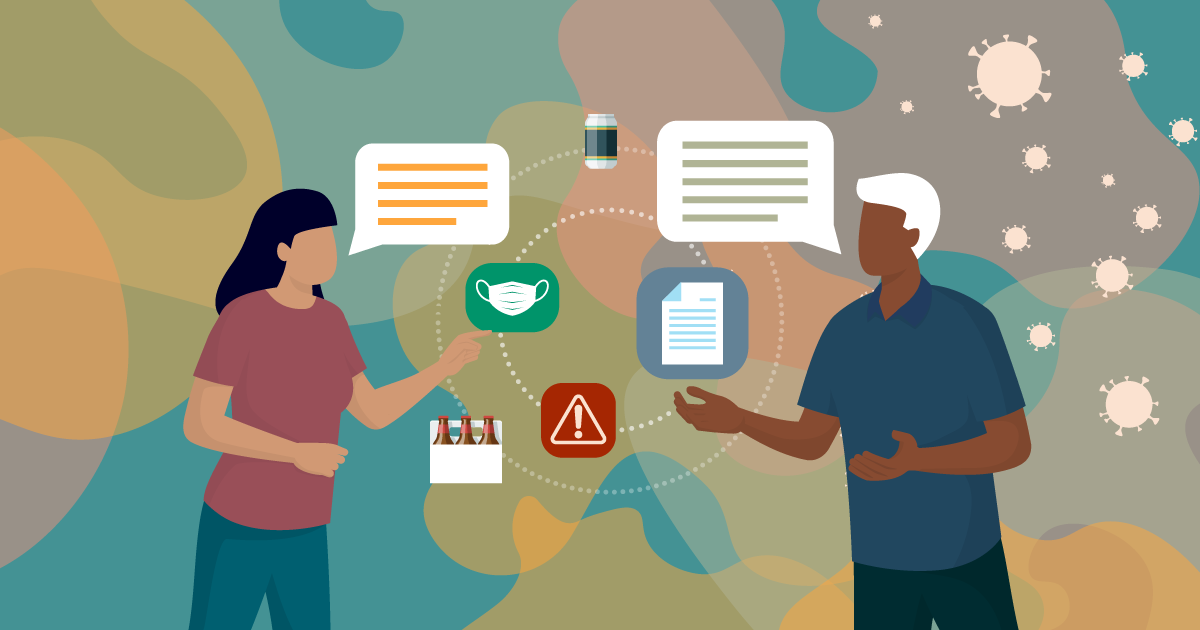 2021 saw an explosion of #MeToo conversations in the brewing and hospitality industry. The Instagram testimonials of one user, Ratmagnet, fueled many survivors to come forward and tell their stories. As such, new media coverage, collectives, movements, and  support groups began to form, such as The Women’s Craft Beer Collective, the Pink Boots Society,  #NotMe Solutions, and Brave Noise. Creative events dedicated to awareness and prevention of sexual harassment have also begun to flourish. For example, activist Paulina Olivares was featured at a Sacramento Comedy spot in September 2021 to spread the message of anti-harassment action in the brewing and hospitality industry, and an improv show was performed based on an interview with her about the issues.

In order to learn more, we sat down with Amanda Barnes of the CRAFT Equity Collective.

NSVRC: First, tell us a little about yourself and the work you do.

Amanda Barnes: My name is Amanda Barnes. I have been in beer for 8 years. I went from working in mom-and-pop taprooms to being a manager at one of the busiest breweries in the inland empire. However, I transitioned over to sales and I have done everything from merchandising to running distribution and a sales team for a regional size brewery. Now I am an Import Beer Manager who manages Northern California and Southern Oregon. Like many people, I got into beer through a beer club at a local Irish pub and did some home brewing, but have always had more of a passion for the customer service/education side of it. I am also part of a great group of people in the Sacramento area trying to keep the conversation alive. We are the Craft Equity Collective and we are currently hosting meetings on various topics we feel are appropriate in this space. Our goal is to become a non-profit so that we can do more and help people in the community that are being harassed.

How did COVID-19 and the shutdown of bars and restaurants spur conversations about #MeToo in the brewing community?

I think it was more people seeing the movements in regards to civil liberties, people questioning their worth and where they stand within the communities they are a part of. I do think the shutdowns added some fuel to that fire, but more to the hospitality industry as whole — realizing that they get dumped on and not paid enough. Also when the original ratmagnet post started, a lot of people were still at home and able to focus on it. There have been murmurs about the #MeToo movement in the brewing community for a long time; unfortunately it gets glazed over, because something is always going on (just like the beer flavor of the week). Even now while we are trying to keep this momentum alive, there are still many people that wish it would go away because they do not want the light to come back on them.

We heard that many service workers reflected during the shutdown about the fact that they didn't want to return to the same conditions they worked in pre-COVID. What did this look like for bars and brew spaces?

I have noticed the restaurants/bars/breweries/etc. that offer benefits, time off, and a living wage have had less of a struggle finding workers. I have noticed the hardest hit is kitchen staffing. Just like within a brewery, most of the time the people in charge of the actual consumable product get paid the least and treated the worst. Everyone from the bottom up is an integral part of the process in our industry, and they need to be properly cared for. Especially craft breweries need to stop taking advantage of the fact that typically people who end up in this industry are passionate about it, but that does not mean you pay them less.

What issues of gender inequality exist in the beer industry?

Too many to list! The boys’ club is thriving in every aspect of the industry. If you are a server, men still treat you like you do not know anything about what you are serving — just a pretty face who should be in a low-cut top and daisy dukes. If you are in sales, people still ask if you drink beer. If you are not drinking, it has to be because you are pregnant, and if you have a male with you at an event, they are definitely the employee. If you are in the brewhouse, lots of men think that is not a place for a woman to do physical work. However, if you pick up a history book, many times women were the town brewer; a lot of people believe that is where the witch’s hat and broom stick originated from. Or even as a consumer, a girl ordering a beer must want either the lightest one available or the fruitiest kettle sour you have.

For example, when I moved to Sacramento to run Sales and Distribution, it was because I worked my tail off. My numbers were good and I was growing our market share. I was training new hires and always willing to lend a helping hand. I left due to a few things coming to light that I was unaware of being a remote employee, but they had to do with allegations of sexual harassment.  A couple months later, I ran into a previous employee of mine, who also left the brewery. He said he always felt like I got promoted over him because the brewery owner (the accused) needed to prove he could work with a woman. That was like a wrecking ball for me. I hate to admit how much power that statement had over me. It should have never been a thought or question in anyone’s mind.

Can you describe some of the directions and initiatives happening to make safe, equitable, harassment-free zones in the brewing industry?

Honestly, I feel there is very little to minimal work being done in this space. The Brewers Association has a code of conduct, but it is really hard to find and doesn’t give you much of anything in regards to discipline. Also it is really geared towards paying members (which are part of that boys’ club). The California Craft Brewers Association said they would take what we are doing with the Craft Equity Collective space and put out some guidelines, but this is where the conversation almost disappears.

I am very proud of some of our Sacramento area breweries. The Craft Equity Collective hosted a meeting with WEAVE that does a safe night out training (a prevention and education programs that aims to train nightlife staff on how to recognize warning signs of sexual and domestic violence) and since our meeting , I believe nine breweries now have staff trained, and there is a waiting list for more to participate. I believe that if you are thinking about safety for your customers, it should be top of mind for your employees as well.

What are some of the biggest barriers faced in eradicating sexual violence in these spaces?

What still needs to be done to further the goal of preventing sexual violence?

I think first and foremost, we need to hold each other accountable. See something, say something. That really does not happen often enough. People need to remember to treat people with respect; just because someone is in a service industry position does not make them worth less as an individual than you are. Alcohol consumption should not be an excuse for poor behavior.

Overall I believe people need to be reeducated on basic acceptable interactions. Just because your server or the person running the pint night is nice or smiles at you does not mean anything more than they are being friendly and trying to do their job.

Can customers, consumers, and society at large do anything to help?

BE BETTER. Treat people with respect.