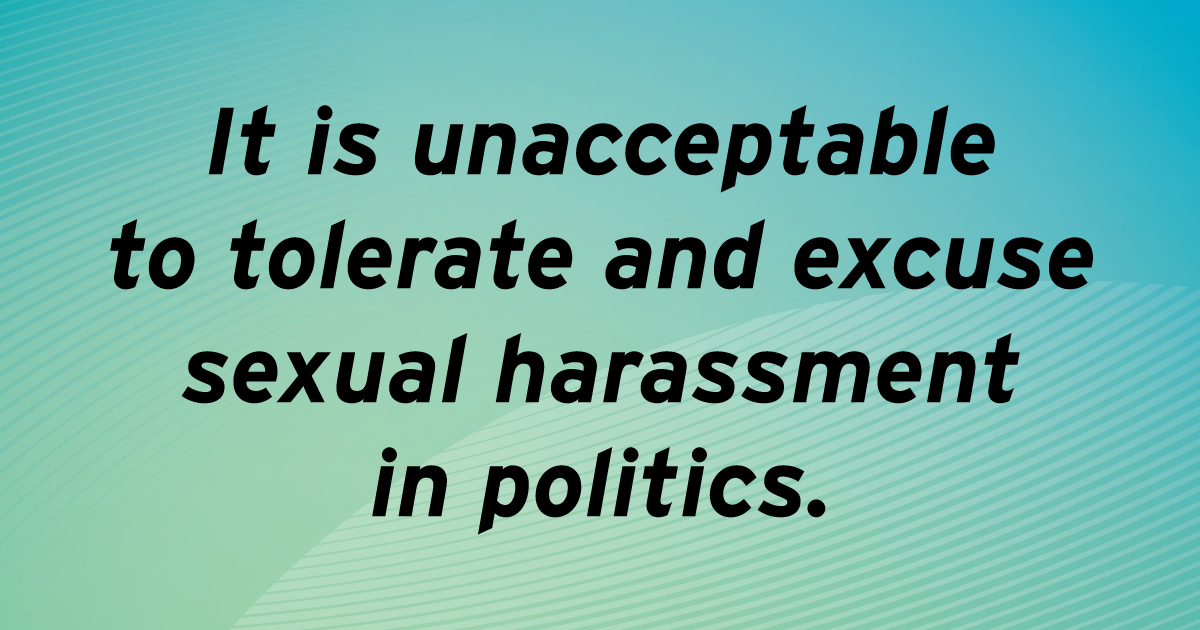 At least three women have reported sexual harassment by New York Governor Andrew Cuomo, as political leaders across the country face similar claims of inappropriate behavior. It is unacceptable to tolerate and excuse sexual harassment and discrimination in politics. Our leaders have the opportunity and responsibility to help support survivors and further the prevention movement in a constructive way.

Sexual harassment is a pervasive problem, especially for women.

Sexual harassment encompasses all unwanted verbal or physical contact of a sexual nature. This includes a wide range of behaviors from inappropriate statements, lewd gestures, leering behavior, sexually explicit or suggestive jokes, emails or texts, and offensive objects or images.

Sexual harassment is defined by its impact on the victim, not the intent of the person whose behaviors are in question.

Excusing sexual harassment as unintentional is not acceptable. Attitudes that minimize these behaviors only further contribute to the problem and are why survivors most often never come forward. We need to support anyone that has been threatened or harassed by letting them know that what has happened to them isn’t their fault, they didn’t do anything wrong, and are supported.

Workplace sexual harassment will remain a persistent problem until it is taken seriously.

The impact of sexual harassment in the workplace is real and damaging.

Victims of sexual harassment experience negative psychological, work, and health consequences. It’s not just the one-time impact of the harmful behaviors that is important to recognize — it’s how these experiences continue to shape the victim’s life on a daily basis and their career and livelihood in the long-term. No one should have to choose between being able to provide for themselves and their family and feeling safe.

We must hold those who commit harm accountable, especially when they are in a position of power and authority.

People who commit acts of sexual violence sometimes abuse celebrity or authority status and the illusion of trust that comes with it. People who sexually abuse can have strong social ties in the community.

The public and private actions of leaders at every level, regardless of political party, must be taken into account as they have a responsibility to be a part of the solution to end sexual violence.

Feldblum, C. R., & Lipnic, V. A. (2016). Select Task Force on the Study of Harassment in the Workplace: Report of the Co-Chairs of the EEOC. Equal Employment Opportunity Commission. https://www.eeoc.gov/select-task-force-study-harassment-workplace