We're excited to announce that the theme for the 2018 Sexual Assault Awareness Month campaign is "Embrace Your Voice"!

8 Ways to Get Involved in Sexual Assault Awareness Month

This April, it’s easier than ever to show your support for survivors and for sexual violence prevention.  Check out some of the simple but impactful ways you can get involved below.

1. Print and Hang a Poster 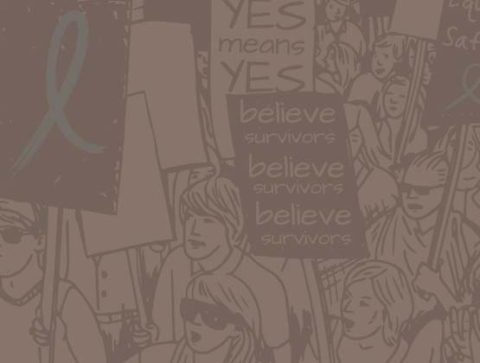 As we look ahead to the start of a new year, we can set our sights on the 2017 Sexual Assault Awareness Month campaign! This coming April’s campaign is shaping up to be one of the biggest in scope, as the outreach materials call on new voices to join the movement. The materials listed below and much more will be available on the SAAM website beginning mid-January.

During Sexual Assault Awareness Month survivors and advocates engage the greater community in prevention efforts. We know that one month isn’t enough to solve the serious and widespread issue of sexual violence. But the attention April generates is an opportunity to energize and expand prevention efforts.

It's hard to believe that Sexual Assault Awareness Month has already come to a close! This past month we all shared the message – Prevention is Possible – empowering countless individuals, communities, and businesses with the tools to promote equality. There were many powerful moments throughout April -- let’s take a look back at some of the highlights.

April may be winding down – but Sexual Assault Awareness Month activities are still in full swing. Here are five ways that you can participate before the month is over!

Today at 3PM EST, It’s On Us and Men Can Stop Rape are teaming up to host a Twitter Chat featuring special guest, the U.S. Surgeon General. Surgeon General Vivek Murthy will be answering questions about sexual assault and prevention methods.

When Everyone is Involved – Prevention is Possible

The countdown is on! We’re 20 days out from the first day of April – the start of Sexual Assault Awareness Month. The SAAM website is full of excellent resources to optimize outreach during this year’s campaign. Whether you’re looking for a run-down on how to plan your first SAAM campaign or just a graphic to help promote your event, we’ve got you covered.

Intersection of Stalking and Sexual Assault

Sexual violence is a widespread social issue that takes many forms. Because of the breadth of the issue, it’s easy to overlook how other crimes intersect with it. In the past, we’ve highlighted the intersection of sexual assault with domestic violence, but in recognition of National Stalking Awareness Month, we're going to take a look at some of the connections between sexual violence and stalking.

This year’s campaign is focused on prevention – the slogan boldly declaring prevention is possible! The campaign will include resources to help everyone see their role in preventing sexual violence. The materials listed below will help to ground the concept of prevention by educating individuals, communities, and businesses on practical steps they can take to end sexual violence before it occurs.