Remembering the Roots of Pride as Social Justice Work 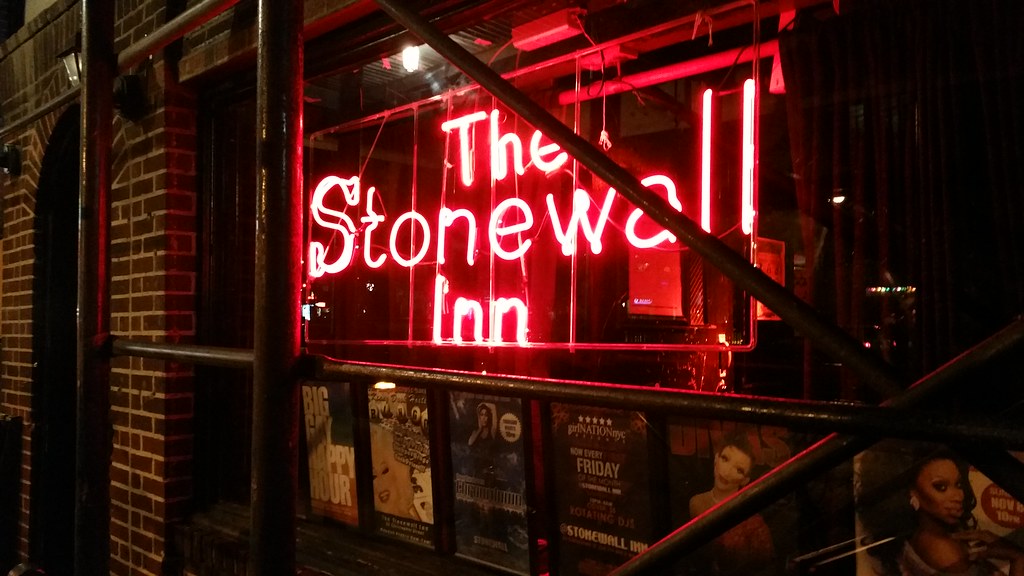 "The Stonewall Inn" by NicestGuyEver is licensed under CC BY-NC-ND 2.0

Pride month means many things to many people. It’s a time of celebration, community strengthening, and visibility. Pride is a hard-won space of representation fought for by countless activists, workers, and all those who fought for the protection and safety of the LGBTQIA+ community, as well as its right to exist. It’s also a time of reflection, and a rallying cry towards the issues still facing LGBTQIA+ people worldwide.

Stonewall: The Birth of Pride

Pride is generally known as an annual commemoration of the Stonewall Rebellion, which occurred on June 28, 1969 in Greenwich Village, New York City. In 1969, LGBTQIA+ discrimination was commonplace almost everywhere in the United States. LGBTQIA+ people were systematically discriminated against, assaulted, arrested, and lived under constant threat of being outed through social McCarthyism (also known as the “Lavender Scare”) which categorized being gay as a mental illness and morally criminal. If outed, a person could lose their job, their family, their right to see their children, their housing, and more.

Community members often met in secret, or in places where they had safety in numbers, even though congregating was illegal. Bars and restaurants could lose their license if they had openly gay employees or served openly gay clientele. As such, police would often raid these establishments and harass and assault the people there, who had no legal recourse over the violence they were subjected to at the hands of law enforcement. On June 28, patrons at The Stonewall Inn defended themselves as they were attacked and beaten during a mass arrest by police. This set in motion a series of protests, holdouts, demonstrations, and arrest resistance which culminated into a revolutionary LGBTQIA+ civil rights movement.

The History of the Movement

Although Stonewall is commonly thought of as the first uprising of its kind, less well-known resistances took place in 1959 in Los Angeles at Cooper Do-Nuts, and in 1966 in San Francisco at Compton’s Cafeteria. Trans women of color like Marsha P. Johnson and Sylvia Rivera, who were also survivors of sexual violence, were some of the activists at the time leading the charge for LGBTQ liberation. Contrary to the burgeoning white and second-wave feminism of the time, which focused on liberation from the confines of domestic nuclear family for white middle and upper class women, the protests at Stonewall, Cooper Do-Nuts, and Compton’s Cafeteria were led by women of color, and spoke to issues of racial justice, the criminalization of poverty and sex work, housing discrimination, transphobia, classism, segregation, police brutality, sexual assault, white supremacy, white feminism, and homophobia. These issues were not part of earlier spaces like the Mattachine Society which formed in 1950, that largely accepted the contemporary status quo while creating an insular society for white men who identified as gay. Countering this, the Daughter’s of Bilitis, the first official lesbian rights group, was founded by women of color in San Francisco in 1955 and began publishing their periodical The Ladder in 1956, although the longest running queer publication is The Advocate by Personal Rights in Defense and Education (PRIDE).

Less than a month following the initial Stonewall demonstration, the Gay Liberation Front (GLF) was formed. GLF forwarded collective actions of LGBTQIA+ equality in concert with other social movements like the rejection of segregation, the Black Panther Party, and the upheaval of the strict gender expectations of the nuclear family. GLF developed to form multiple breakout groups, such as the Lavender Menace and STAR, and paved the way for later groups like Queer Nation, Sister’s of Perpetual Indulgence, Outrage! and many others. By 1970, a yearly commemoration of Stonewall (initially called Christopher Street Liberation Day) was underway — marking the yearly tradition of ay Pride parades and LGBTQIA+ celebrations.

Although history books document the very first LGBTQIA+ presence in the USA as the Society for Human Rights founded by Henry Gerber in 1924, it’s important to be aware of the erasure of more encompassing queer histories in relation to colonialism. As Chaos and Comrades note, “In reality, LGBT+ history in the Americas predates the ‘discovery’ of the new world, as many Native American societies were diverse in their gender expressions and sexual proclivities...In the absence of systematic homophobia and transphobia, the pathologized identities of ‘transgender’ or ‘gay’ did not exist, and sexual and gender diversity was more normalized.”

Fast-forward to 2021, diverse voices and issues of equity are still being ignored by society at large — mainly white heteronormative populations. Police brutality is still a commonplace reality, and Black, trans, and femme people are still unsafe in the streets. Thus, while Pride is a celebration of the queer community, it’s also a time to reflect on the inequities still present in society.

Despite ongoing battles for equality, Pride is still a time of celebration. Pride and LGBTQIA+ visibility saves lives. When members of the LGBTQIA+ community come together, it makes everyone safer to be their authentic self. As evidenced in its history, Pride has always been a rallying cry for safety and justice in a world of inequity and abuses of power — so it was in its inception, and so it remains now. As Pride invites us to reflect on the endurance of LGBTQIA+ peoples after centuries of persecution, we must still revel in the strong solidarity within the community and see the maximization of LGBTQIA+ joy as a symbol against oppression. However, LGBTQIA+ people need, deserve, and are long overdue for rest in fighting these battles. The larger burden lies in the hands of allies and institutions to do the work to intervene and prevent continued injustices. These statistics aren’t just numbers — they’re human lives.

For more NSVRC resources on the intersection of LGBTQIA+ issues and racial justice, see: