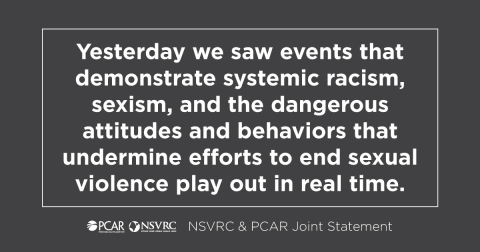 Chrystul Kizer is a sex trafficking survivor whose self-defense and survival was criminalized.

Harrisburg, PA – It is vital that we hold those who commit sexual harassment, abuse, and assault accountable, regardless of their power, fame, or wealth. After the extensive documentation of abuses inflicted on Black girls and women by R. Kelly, NSVRC is pleased to learn that he is facing criminal charges for some of this conduct.

This case is a reminder that we must listen to and believe the accounts of Black women and girls, who experience sexual violence at higher rates than other groups of women but are often disbelieved and face systemic barriers rooted in oppression.

This sentence acknowledges the experiences of the dozens of women abused by Cosby and sends a clear message that sexual harassment, misconduct and abuse cannot and will not be tolerated even years after the event. 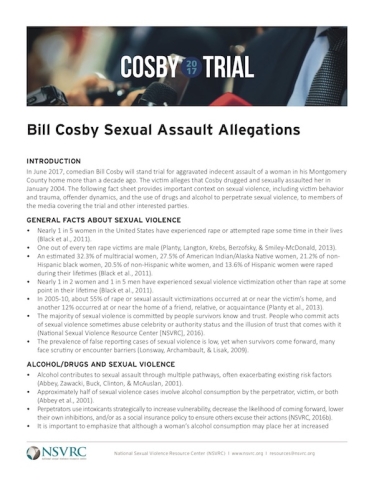