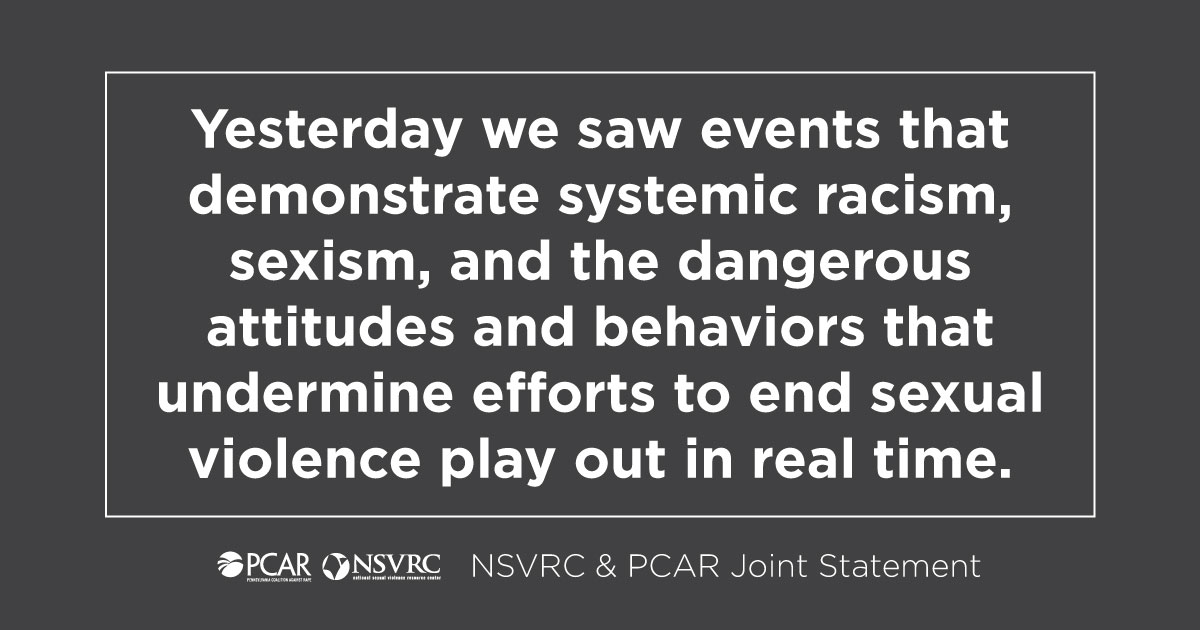 People in the U.S. and throughout the world — including survivors of sexual assault — watched
as a group of predominantly white men, emboldened by their own narrative, stormed into our
nation’s Capitol Building to undermine the democratic process and our Constitution. We watched
as images were shared on social media of these rioters proudly displaying their show of force —
such as the man who posed in Speaker Nancy Pelosi’s office chair, his boot on her desk,
demonstrating his dominance over the personal property of one of our nation’s highest elected
female officials.

We also saw the subdued response of the understaffed Capitol Police, National Guard, and other
federal forces to the violence — which indicated a clear unwillingness to respond to predominantly
white rioters with the same assessment of threat and aggressive tactics used against the diverse
groups who protested racial injustice this past summer. This demonstrates a clear and conscious
bias in how minority and dominant groups are treated differently by law enforcement, and the
systemic racism embedded in our justice system.

For survivors of sexual assault, harassment, and abuse — we know that these events may have
been especially difficult to witness and know there is pain, fear, and devastation throughout
our community. You are not alone. Contact the National Sexual Assault Hotline if you need to
reach out to someone — Telephone: 800.656.HOPE (4673) Online chat: online.rainn.org Español: rainn.org/es