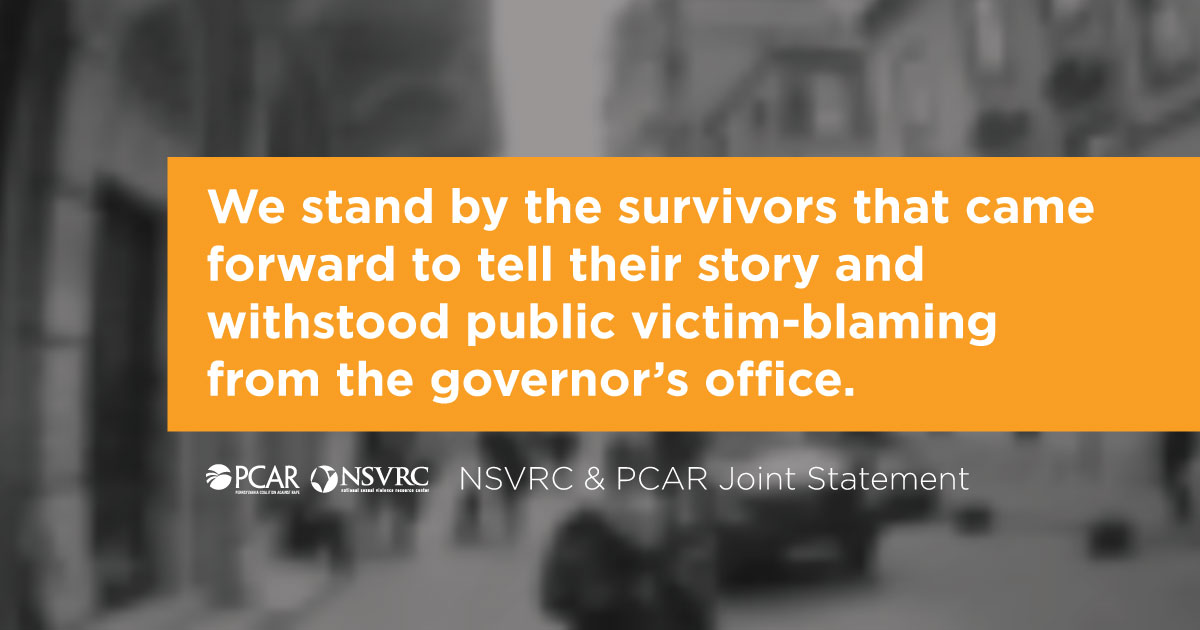 After 11 survivors came forward reporting sexual harassment, New York Gov. Andrew Cuomo has announced that he will resign. Those survivors’ statements were captured in a thorough investigation by the Office of State Attorney General Letitia James, leading to a public outcry for the governor’s resignation.

PCAR and NSVRC stand by the survivors that came forward to tell their story and withstood public victim-blaming from the governor’s office. We know these survivors are not alone as sexual harassment, assault and abuse are pervasive. We must not tolerate sexual harassment in politics, the workplace or any other setting.

We are relieved that the governor has stepped down from his position and thank the many vocal advocates including the New York State Coalition Against Sexual Assault who encouraged Gov. Cuomo “to seek support and identify opportunities for meaningful accountability.” We must hold those who commit harm accountable — and they must hold themselves accountable — especially when they are in a position of power and authority.

The public and private actions of leaders at every level, regardless of political party, must be taken into account, as they have a responsibility to be a part of the solution to end sexual violence. As a community, we all have a role to play to eliminate sexual violence, and our leaders have an extraordinary responsibility to model that behavior. This is the political leadership and society we all deserve.