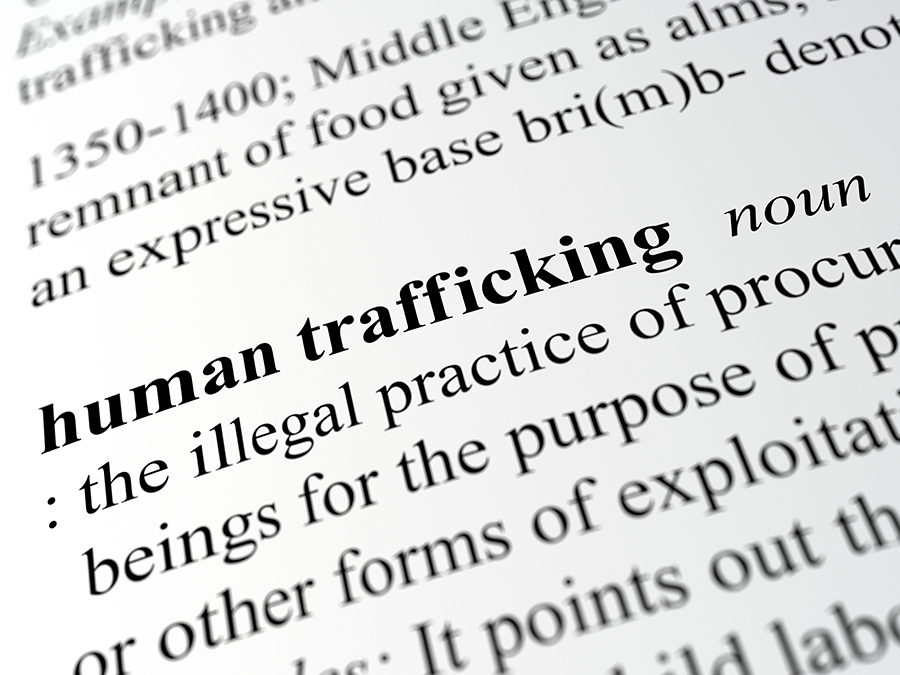 This is a guest blog post by Sarah Harrison, Anti-Human Trafficking Specialist at the North Carolina Coalition Against Sexual Assault.

When you start searching the internet for information regarding human trafficking, it is likely that within a few clicks you will run across the term “modern day slavery.” This term has been used by everyone from local non-profits to law enforcement task forces to President Obama, and it has largely been accepted and solidified as a holistic descriptor of what human trafficking is.

However, it is important for us as a movement to take a moment to reflect on why this term, and particularly the use of the word “slavery,” may intend to be helpful in relaying impact but in fact is exploitative.

We must hold ourselves to a standard that centers our collective humanity, and not advance our personal/organizational/movement ‘success’ at the expense of harming communities who’ve experienced (and continue to experience) oppression and marginalization. What I am commenting on below is specific to the American context of the word slavery. The history of this country’s use of the term and institution of slavery is unique and must be considered.

Historical slavery, or the state-sanctioned control of brown and black bodies, has never really ended; it has just molded and changed to fit the times. When looking at the 13th amendment, which was passed in 1865, there are significant loopholes which were intentionally created to ensure there would remain a ‘free work force.’(For more information on this, check out Ava DuVernay’s documentary “13th” on Netflix now.) From Jim Crow-era laws through to today, that free work force looks like those who are incarcerated through the criminal (in)justice system, which impacts people of color at astronomically higher rates. To say ‘modern day slavery’ is to ignore the continuation of historical slavery into this century and through today.

2. Historical Slavery Was Legal; Human Trafficking Is Not

The nineteenth-century slave trade was protected by law, and it utilized fugitive slave laws, slave patrols, and the courts to promote and maintain the institution. Now however, slavery is not protected by law. Author of Life Interrupted: Trafficking in Forced Labor in the United States, Denise Brennan, argues that human trafficking “is not the law of the land. It is not protected by a legal framework that is based on race, and no one is born into a race-based enslaved status.”

3. There Is Nothing Modern About This Form of Exploitation

If we continue thinking in the American context, we can look as far back as the early 1600s, when colonization started taking place and Native American people were systematically harmed to obtain control of the land. The bodies and lives of Native women were seen as lesser than and something to be used for personal pleasure or financial gain. This existed back then and has continued today. Our government does not even track the number of Native women who go missing annually. There is no clearer sign that a government does not care for a person’s body than if it is not even willing to notice when it goes missing.

4. Slavery (in This American Context) Is Based on Race; Exploitation Is Based in Rape Culture and Socially Constructed Risk Factors

Enslavement in America is baked into the very creation of race and the black and brown bodies who built this country and made the economy as ‘successful’ as it is. Sexual exploitation, which certainly wages war against bodies, is grounded in a complex foundation of rape culture, race, and socially constructed risk factors (food/housing insecurity, sexist culture/household, unrepresentative leadership, etc.) that make people more likely to either cause harm or to be a victim. The demonization of black and brown bodies that historical slavery is founded on was manifested to enable slavery to continue. We see examples of this when we look at cases like John Punch or Bacon’s Rebellion. If these names or events don’t sound familiar to you, they are worth a quick search!

The term “modern day slavery” gained popularity within the last 25 years and is most often used to elicit shock from those reading. I understand the need to engage community partners and convince them that this work is important, but to mobilize the history of slavery without really analyzing or exploring what that was and the current ramifications of this history is exploitative. When this term is activated, it’s often using the emotional power that’s attached to historical slavery without actually being connected to it. It is our job as advocates to consider and create ways of reaching out and creating spaces for education and understanding of the issue, without causing more harm.

From a completely practical standpoint, there isn’t an established definition of what we mean when using the term ‘modern day slavery.’ Are we combining all forms of forced labor and sexual exploitation? Does this include child marriage or debt bondage? When working on prevention, it’s crucial to know what we are trying to prevent, as that will shape everything from who the target audience is, to implementation tactics, to whose voices need to be included in the planning conversation.

I understand if these points alone don’t feel convincing enough to stop using the term ‘modern day slavery.’ And certainly when a survivor identifies a word to describe their experience, that should always be honored and supported. I do however hope you have taken a moment of pause for self-reflection as an individual or organization and asked – why do I/we use this language? Who is it benefitting? And more importantly, who is it harming?
If you want to dive deeper into this subject and fill out the nuance, there are brilliant activists and scholars that have written on this area. Check out one example below!
Log in or register to post comments