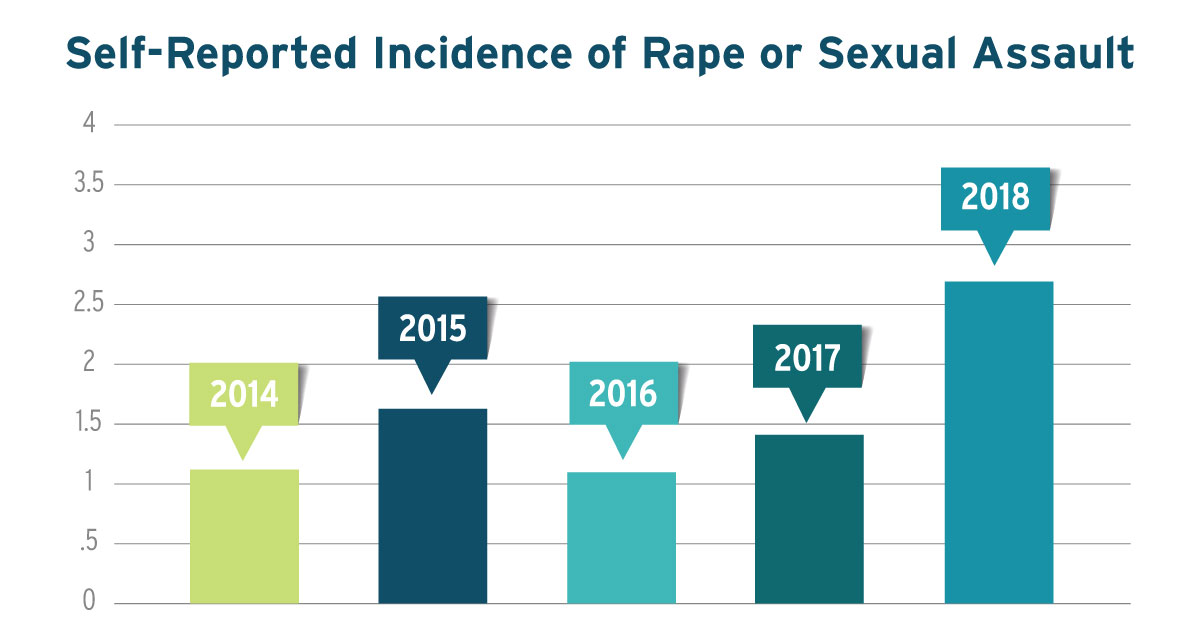 The U.S. Department of Justice, Bureau of Justice Statistics (BJS), recently released new criminal victimization data for 2018. This report highlights data from BJS’s 2018 National Crime Victimization Survey (NCVS), which is a nationally representative survey that surveyed approximately 160,000 people about crime victimization they experienced in the prior six months of the survey. It collects information on threatened, attempted, and completed non-fatal crimes (including rape and sexual assault, robbery, battery, etc.) and household property crimes (burglary, trespassing, car theft, etc.) from people ages 12 and older. The survey collects data on crimes that were reported to the police, and crimes that were not reported to the police.

The 2018 NCVS survey was conducted during the energizing of the #MeToo movement, and high-profile news stories such as Harvey Weinstein and Dr. Christine Blasey Ford’s testimony during Brett Kavanaugh’s Supreme Court nomination. The #MeToo movement has led to an increase in awareness about sexual assault and rape, and has led to more people recognizing harmful experiences as rape or sexual assault.

However, the 2018 NCVS data continues to show that rape and sexual assault remain the most underreported crimes. One reason sexual assault survivors do not report to police is because of the many barriers they experience in the criminal justice system, such as long timelines, financial costs, and lack of privacy. So, while more people may be identifying what has happened to them as sexual assault or rape, these same people may not be reporting them to the police. This highlights the importance of prevention work and the goals of creating safe, respectful communities and healthy, positive relationships.