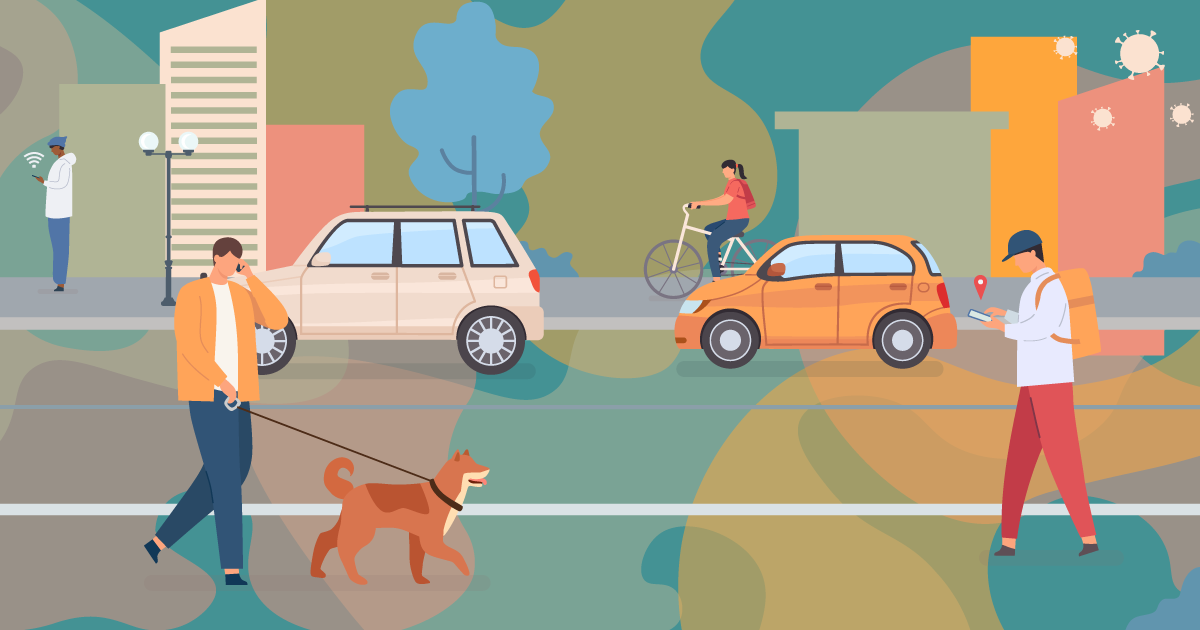 Human trafficking, at its most basic level, is the exploitation of a person’s vulnerability to gain something of value. When we look at marginalized communities, vulnerabilities increase exponentially.

As job opportunities dried up, people were laid off and housing and food security dwindled, it made already existing fissures in society become gaping canyons. This issue of homelessness throughout the pandemic is alarming. To put it in perspective, if a person does not have a place to sleep, food or clothing, and a person who commits sex trafficking comes along and offers those basic necessities, that is compelling for the person who needs it to survive.

This is how people who commit trafficking operate. When a person is met with lack of options and in a desperate situation, they come in and offer “safety.”

The Relationship Between Homelessness and Human Trafficking

Jayne Bigelsen of Covenant House New York said during a World Without Exploitation Speaker Series session that Covenant House New Orleans reported that all 22 of the human trafficking they survivors served lost their jobs due to COVID.

Bigelsen also highlighted the devastation of job loss by recounting this statement a survivor in New York made: “When I lost this job, I thought about going back to the life for the first time in a very long time. I didn’t know how else I would pay the rent.”

It is extremely important to note the impacts of racism that have been laid bare during this pandemic, as Black and brown people have disproportionately been affected based on infection rates and mortality. It is also going to be stark when we look at the damage COVID has wrought on the nation’s BIPOC communities when we look at homelessness and poverty. Populations that were already marginalized will become further marginalized and oppressed on the socioeconomic ladder.

In the Modern Slavery Research Project at Loyola University study “Labor and Sex Trafficking Among Homeless Youth,” economic opportunities, or lack thereof, were highlighted as a risk factor for trafficking among the homeless youth. According to this study, “Homeless youth are vulnerable to both sex and labor trafficking because they tend to experience a higher rate of the primary risk factors to trafficking: poverty, unemployment, a history of sexual abuse and a history of mental health issues.” Other victims felt that that they had to turn to sex because they could not find other opportunities. Also, according to the study, 84 percent reported turning to the sex trade without a third-party controller to survive.

In an older study called  “Homelessness, Survival Sex and Human Trafficking: As Experienced by the Youth of Covenant House New York” (2013), “Youth most frequently reported exchanging sexual acts for a shelter or a place to sleep (48%).” While we are looking at the increase in homelessness due to COVID-19, we would be remiss in not unpacking homelessness among youth without the further burden of a pandemic.

The “Labor and Sex Trafficking Among Homeless Youth” study says these youth were “desperate for work and that people took advantage of their need.” In fact, 91 percent of respondents to the study reported being approached by strangers or acquaintances who offered lucrative “opportunities” that turned out to be scams, sex trafficking, or pandering. It goes on to say that 84 percent of youth who reported being involved in the sex trade without someone trafficking them did so because of economic need.

Economics will likely play a large role in how homeless youth are trafficked in the wake of the pandemic. As gainful employment becomes less available and more people lose their jobs and ways to sustain themselves, the more vulnerable large swaths of populations will become.

When there are available job opportunities in various areas of the country, people who became homeless during the height of the pandemic will have more difficulties acquiring employment or maintaining it. That difficulty is based on employer biases about the housing insecure population, further compounding the inability to acquire work. The simple and misguided adage of “they can just get a job,” is not actually feasible based on employer biases about people with insecure sheltering (not having an address for onboarding paperwork, stereotypes about unreliability, etc).

In the Loyola study, youth said that they fear being unsheltered or sleeping on the streets. The majority (68 percent) of youth in this particular study who were trafficked or engaged in commercial sex had done so while they were homeless, with 19 percent of all the youth surveyed reporting in engaging in commercial sex for the sole purpose of gaining shelter and food.

This number goes all the way up to 41 percent when youth reported they were, in some way, involved in the sex trade at some point in their lives while unsheltered. One-third of those interviewed engaged in sex for necessities as either young adults or minors.

If shelters are hitting their maximum capacity under safe social distancing guidelines and more people have nowhere to go to sleep except for on the street or in “tent cities,” it is safe to conclude that more people are vulnerable to the coercive tactics of traffickers.

We are not fully able to grasp how COVID-19 has impacted communities in the U.S. right now, let alone the long-term ramifications of the collective grief and loss. How the landscape of anti-human trafficking work and services will look in the next decade will reflect how the pandemic affected the most marginalized and vulnerable among us. Understanding the nature of human trafficking and how people become vulnerable is imperative to combatting the issue.

Compassion for people is the cornerstone of change, not only in anti-human trafficking work but in all kinds of anti-violence work. As we slowly move toward the end of the pandemic, some people will not recover as quickly as others.  Housing insecurity, which was a pipeline of victims to people who traffick before the pandemic, should now be put front and center in community discussions across the country. Conversations around affordable housing and the understanding that affordable housing is human trafficking prevention will propel communities toward approaching safer environments for everyone.

If you suspect someone is being trafficked, contact the National Human Trafficking Hotline at 1-888-3737-888.

Read more about the intersections of COVID-19 and Human Trafficking here.

Melinda Sampson is the community outreach coordinator for NC Stop Human Trafficking. Before she was an advocate, she was a journalist for various publications across eastern North Carolina. She also works on local food insecurity issues, mentors underserved girls and devotes much of her anti-human trafficking work to community organizing and capacity building to combat the injustice of human trafficking.