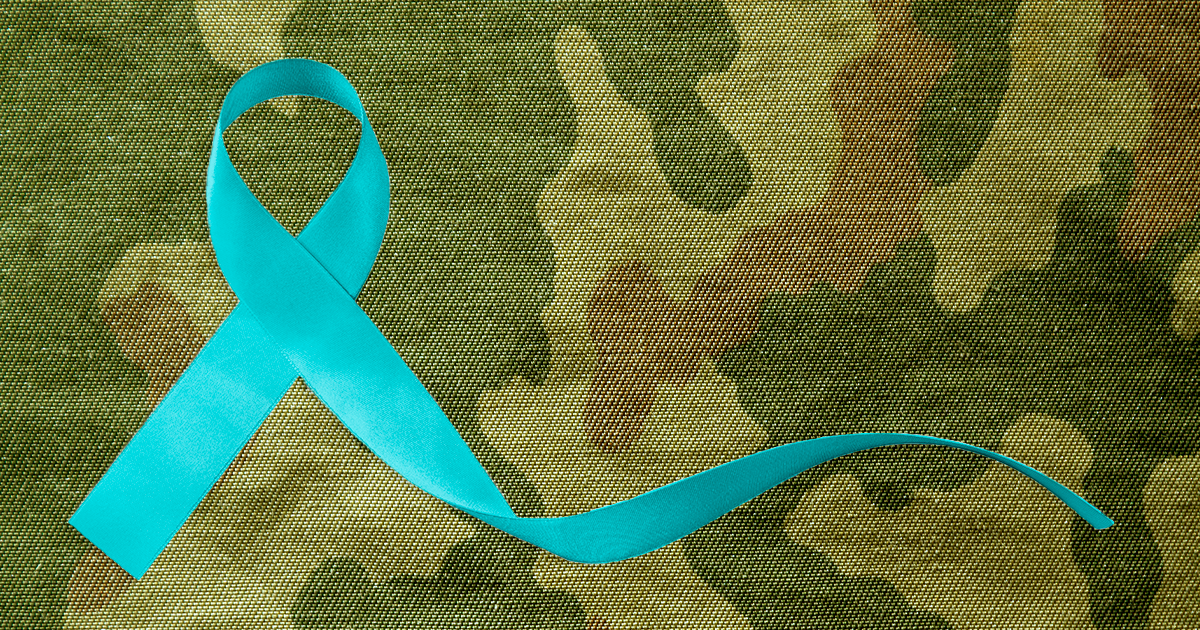 The tragic death of Private First Class Vanessa Guillén has brought the nation’s attention, once again, to the scope and impact of sexual harassment and assault on the ranks of our military.

Just like in communities everywhere — sexual assault, harassment, and abuse in the military is commonplace and underreported. In the military, an emphasis on unit cohesion and the hierarchical structure could deter victims from coming forward. Victims who do report experiencing sexual violence during their military service (often refered to as military sexual trauma) have described being ostracized and blamed by fellow service members.

Many unique challenges are faced by survivors of military sexual trauma in seeking justice and finding healing. Military-based sexual assault response coordinators can provide active duty survivors with information about their rights under the military justice system, and both military-based and civilian advocates can help survivors find treatment options for veterans through the U.S. Department of Veterans Affairs (VA). Civilian community rape crisis programs can also be a resource for active-duty military survivors who have confidentiality concerns or who fear reprisal. Understanding topics like the military reporting process, the military and civilian justice systems, and treatment options is essential in supporting these survivors.

General Information on Sexual Violence in the Military

Infographic: Fiscal Year 2018: Sexual Assault in the Military from the DoD
See the prevalence of sexual assault and harassment broken down by branches of the military.

DoD IG: Military Sexual Assault More Likely Than Combat to Result in PTSD from Military.com
A 2016 report from the DoD found that military sexual assault is more likely to result in PTSD than going into combat.

Military Sexual Trauma  from the VA
Learn the terminology and definitions surrounding sexual violence in the military, the prevalence, the impact sexual violence can have on survivors, how the VA has responded to the issue, and where veterans can get help.

Glossary of Military Terms from RAINN
RAINN breaks down military acronyms related to sexual violence and their descriptions.

Strengthening Military-Civilian Community Partnerships to Respond to Sexual Assault from the Office of Victims of Crime Training & Technical Assistance
This interactive, one-day training is designed to train local community victim advocates on building effective partnerships with local military installations to enhance and extend the system of support for sexual assault victims in the military.

Trauma-Informed Care and Military Related IPV Survivors from Battered Women’s Justice Project
This recorded webinar gives a basic understanding of trauma-informed care, how it is applied within the VA and military systems, and why it’s essential when intervening with survivors of interpersonal violence.

Sexual Violence in the Military from VAWnet
This website rounds up key resources on the topic of sexual violence in military settings.

For Survivors of Military Sexual Violence

Safe Helpline: Sexual Assault Support for the DoD Community from the DoD
Safe Helpline, operated by RAINN,  is the DoD’s sole hotline for members of the DoD community impacted by sexual assault. The hotline is a completely anonymous, 24/7 specialized service providing help and information. A Safe Helpline user can access one-on-one support, peer-to-peer support, information, resources, and self-care exercises. Other features include live chat, live group chat, and searchable database of resources near bases or installations. This website also talks victims of military sexual assault through the process of making a report.

Effects of Military Sexual Trauma from Make the Connection
Make the Connection, a national campaign from the VA, helps connect veterans and their loved ones with fellow veterans who share their challenging experiences. The website walks military sexual assault survivors through the process of reaching out for treatment from VA Mental Health Services -- and includes a helpful Resource Locator. You can also explore videos of veterans sharing their stories of military sexual trauma.

Help for Veterans Affected by Recent Public Discussions About Sexual Abuse from the VA
This handout provides tips for survivors impacted by public discussions of sexual violence, links to resources on coping and recovery, and information for veterans on reaching out for professional support.

Military Sexual Trauma (MST) from the VA
This website explains how to access services the VA provides to veterans who have experienced military sexual trauma.

You’re Not Alone in Recovering from Military Sexual Trauma from the VA
This brochure explains common reactions to military sexual trauma and resources for victims.

Military Crisis Line from the VA
All veterans and their loved ones can connect with this crisis line for free and confidential support via phone, chat, or text.

Strength and Recovery - Men Overcoming Military Sexual Trauma from the VA
This brochure explains common reactions to military sexual trauma in men and provides resources on how to find healing.

Safe HelpRoom Sessions for Military Men from DoD Safe Helpline
This tool from the Safe Helpline listed above is an online community of sexual assault survivors in the military that meets to support each other in taking the next steps after a sexual assault. The Sunday sessions are for male victims and provide a safe and confidential platform for men to share and talk with other survivors.

Six Men Tell Their Stories of Sexual Assault in the Military from the New York Times
This New York Times article interviews men from different branches of the military to explore their stories of sexual trauma and the impact it had on their lives.

1in6
While not specific to military sexual abuse, this organization helps male victims of sexual assault find healing. 1in6 offers free and anonymous weekly chat-based support groups, facilitated by a counselor.

Service Women’s Action Network (SWAN)
SWAN is a member-driven network of women who have served or are currently serving in the military. They are dedicated to supporting, connecting, and advocating for the individual and collective needs of servicewomen: past, present, and future.

Protect Our Defenders
This is a national organization dedicated to ending the epidemic of sexual assault in the military. They offer free legal and other assistance for military sexual assault survivors, including active-duty service members, veterans, and civilians.

The Blue Grit Podcast
The Blue Grit is a podcast for members of the Air Force that features conversations with current and former military leaders, mental health experts, elite athletes, veterans, and other individuals who have overcome significant adversity. This podcast aims to increase awareness of psychological health and assist in de-stigmatizing mental illness, normalize Airmen’s own struggles, and internalize messages of hope and recovery.

The Invisible War
In this 2012 investigative documentary about the epidemic of sexual assault of soliders within the U.S. military, survivors share accounts of being demoted, punished, or discharged following their reports of sexual violence.

Statement on the Death of Vanessa Guillén from Casa De Esperanza

Latinos in the military have long pushed for equity. They want answers on Vanessa Guillén from NBC News

The Military Does Try to Prevent Sexual Violence. It’s Just Too Late OP-ED from Newsweek