A look at Celia, A Slave 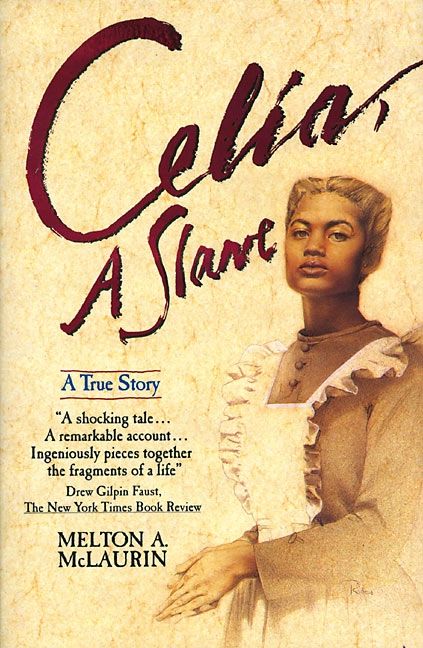 Celia’s story is vividly captured in Celia, a slave, by Melton A. McLaurin.

A must read. The author takes the reader on a journey through Celia’s victimization and the subsequent trial that determines her fate. While many would not support Celia’s actions, there is something admirable about her character, and her fight for freedom from oppression.

Celia amazes me. She was a child, age 14, when she was purchased and first raped by her owner. She lived in a cabin a short distance from the home the slave owner occupied, and was repeatedly raped by him. Over the course of 4 years she had two children fathered by the slave owner. At the age of 18 Celia asked her abuser to stop raping her. He did not. Celia asked his daughters to intervene on her behalf. They did not.

The strength of Celia and countless numbers of African American slaves like her that endured unspeakable hardships is impossible to comprehend. Male and female slaves were victimized and subjected to degrading cruelties. The fact that Celia, a slave, was tried in a court of law, while the crimes against her went unpunished is unfathomable. To read more about Celia, a slave, her trial and the sexual assault victimization perpetrated against countless African American slaves please check out these resources from the NSVRC library.

Celia: A Slave in the NSVRC Library

The sexual abuse of black men under American slavery by Thomas A. Foster