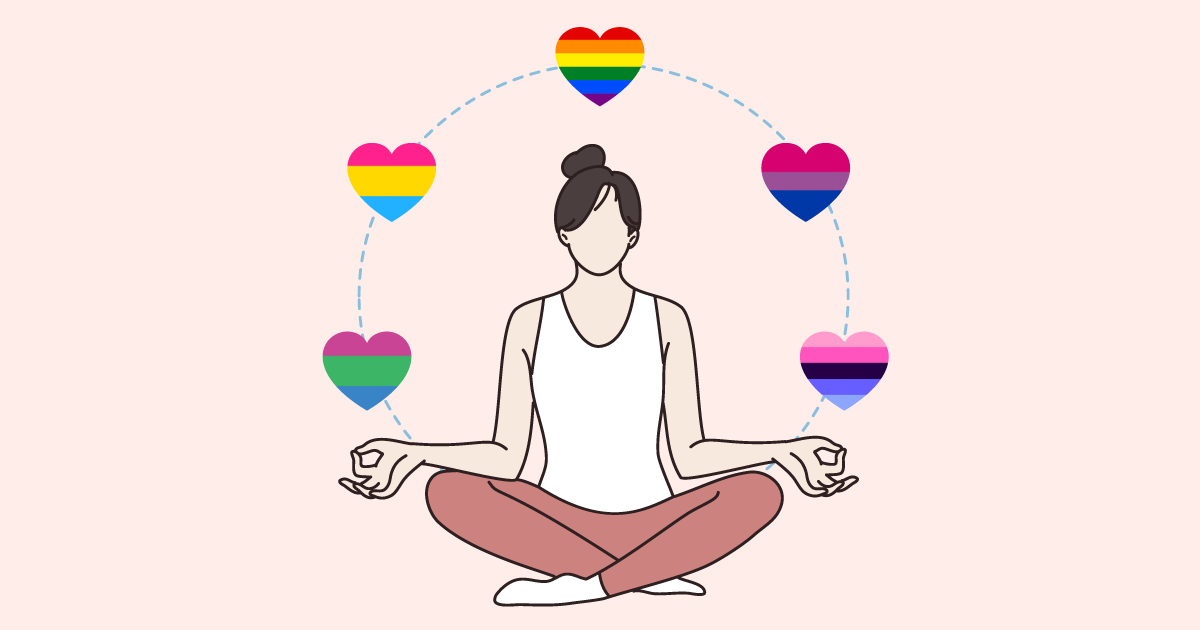 The Bi+ community has faced and continues to face adversity and difficulty in being recognized and respected. Many queer scholars have theorized that much of the social pushback is due to society’s reliance on binaries (two set ways of being, like male/female, gay/straight, etc.). Social movements of the past century have increasingly rallied for the understanding and acceptance of fluidity — or the understanding that sexuality, identity, and gender work on a spectrum instead of two rigid categories. This is often due to patriarchy.

Patriarchy relies on strict gender and sexuality binaries because it is a system in which power is unevenly vested in heterosexual males. This is why we often see discrimination that depicts bisexual men as “less manly” and bisexual women as a fetish to be consumed and enjoyed by heterosexual males. This blog explores the five biggest social issues the Bi+ community faces in regards to their identity.

As noted in the previous blog, erasure has been a key component of the bisexual struggle for recognition in American society. When we talk about bi+ erasure, we are referencing the many instances in which people who engage in plural attraction (attraction to more than one gender) are thought to actually be gay or lesbian. In fact, many Bi+ people have been told they are just confused or that their identity is a fad. Due to this, it is difficult to construct an in-depth bi+ history, as the identity has been made invisible due to societies refusal to accept it. In fact, bisexuality was often regarded as a myth for many centuries. When bisexual people see that society undermines the validity of being Bi+, this not only contributes to identity crisis but also makes them fear judgement and stigma. As Dr. Nicole Johnson notes, “If bisexual women are depicted in the media their experience is often portrayed as a ‘phase’ either on their way to coming out as lesbian or just ‘experimenting’ before realizing they are actually straight.”

Bi+ people frequently are subjected to questioning by family, friends, and members of society due to how pervasive ideas of binary sexuality are. For example, a Bi+ woman who starts dating someone who identifies as a man might be told, “So you like men now? I thought you were into women?” Or a Bi+ man might be told, “You can’t be Bi+; you’re married.” Bi+ folks who also identify as transgender might face constant questioning of the validity of their sexuality in addition to their gender. Many Bi+ people have struggled to come out for fear that their identity will be wrongly mischaracterized.

It is important to note that no one has to ‘prove’ their sexuality or gender to anyone else, and that society doesn’t have the right to demand an answer from individuals exploring themselves. It’s harmful when people feel they must be assigned a fixed label in order to satisfy others.

The Bi+ community has often voiced the feeling that they are regarded as not straight enough to be accepted in hetero circles but are also thought of as not gay enough to be accepted in queer spaces. People might refuse to date Bi+ people, or they might be shamed for who they date. As Zhana Vrangalova writes, “Lesbian women and communities are notorious for rejecting bisexual women as potential friends and as sexual and romantic partners due to stereotypes that bisexual women are untrustworthy, unreliable, incapable of monogamy, [more susceptible to STDs], and ‘sleeping with the enemy.’” Many members of the Bi+ community have found spaces and forums online to air their grievances — often which highlight the stereotypes and lack of acceptance from both the straight and queer community. This is part of a larger phenomenon of policing who belongs where and is harmful to folks who experience rejection by communities they feel akin to or wish to be a part of.

The Bi+ community is regularly stereotyped as being hypersexualized under the false notion that they will have sex with anyone. The identities of Bi+ women are frequently exploited as a sexual fetish — mainly for heterosexual men. As Isabella Simonetti writes, “The legitimacy of my sexuality is constantly questioned. What’s more, I’m fetishized and viewed as an object of sexual fascination by straight men...Dating apps like Tinder serve as a way for members of the LGBTQ community to connect within heteronormative culture. On Tinder, I frequently come across couples looking for bisexual ‘unicorns’ to have threesomes with. Most fetishes are rooted in the allure of the unfamiliar — that’s what makes them enticing. Until bisexuality is more widely accepted, people will continue to force their fantasies on queer women.”

In 2020, Cosmopolitan magazine ran a controversial essay that claimed bisexual men are the best lovers. The piece highlights common essentialist ideas that Bi+ people are or are not a certain thing, instead of viewing the community as diverse. Some people might misunderstand and think, “It seems like the Bi+ community is being complimented — what’s so bad about that?” As J.R. Yussuf notes “What’s missing is that these are two sides of the same biphobic coin which sees someone’s bisexuality as the entirety of their being and more relevant than their personhood… Being fetishized is not a replacement for affirmation, resources, and putting an end to biphobia.”

The Bi+ community often struggles to feel ownership in their identity due to assumptions being projected onto them by others — that is, others defining their attractions, labels, and identity as different than what they really are. A research study  published in the journal Psychology of Sexual Orientation and Gender Diversity found this to mainly be due to the fact that people (straight people, gay men and lesbians alike) perceive bisexuals as being more sexually attracted to men than they are to women. That is, Bi+ women are often regarded as straight but pretending to be gay, while Bi+ men were often thought to be gay but pretending to be straight as a form of denial. This is harmful because it diminishes the power one has to self-identify and further pushes the phenomenon that Bi+ people will not be believed for who they are.

This not only works against Bi+ people, but is also damaging when used the other way around — when people describe certain eras of their life when they had an attraction for the same or opposite sex, but don’t identity as being Bi+. For example, the term “lesbian until graduation” was adopted by A. Davis in her 1999 article about experimenting with women in college. Many people regarded her as bisexual due to this; however, she herself identified as heterosexual and attributes her experimentation to a specific time period when she nourished curiosities that she later did not come to identify with. As this example helps to showcase, people can experience different sexual identities throughout their life, and not identify as being Bi+ (like a person who is married for 20 years in a heterosexual relationship, then later feels that they identify as a lesbian). Assigning identities is solely up to the individual to do for themselves, and they should not be labeled by others.