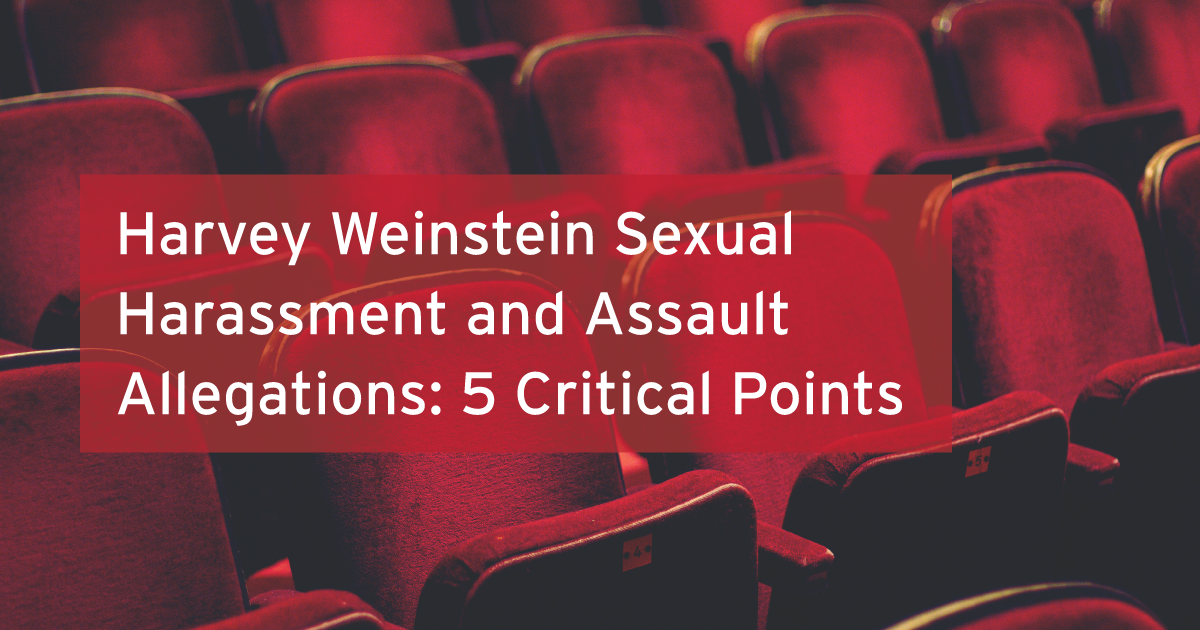 Sexual violence is a widespread problem.

Sexual violence – in all its forms, including sexual harassment in the workplace - is a serious and widespread societal issue. Sexual harassment includes behaviors such as unwelcome sexual advances, requests for sexual favors, and other verbal or physical harassment of a sexual nature.

When sexual violence occurs in the workplace, employees can feel threatened, harassed, and unsafe. Often there is a dynamic where an individual is using a position of power and authority to give license to their actions. No one should have to choose between their livelihood and their safety.

Believe survivors when they disclose.

Instead of asking why victims didn’t speak up sooner we need to ask how we can change the culture to be more supportive of survivors. It takes an incredible amount of courage for a victim to come forward. High-profile cases make it even more difficult, because a victim may worry about how the media scrutiny will impact their lives/families, or some fear that they will not be believed. This happens despite the fact that the false reporting of rape is uncommon.

For many who came forward nothing happened, which has a chilling effect on others speaking up. These victims faced direct, implied, or perceived threats for speaking out against Weinstein.  Many also expressed concern they would not get support from other producers, actors and colleagues.

The problem is much bigger than one person.

There was an ongoing pattern of predatory behavior many individuals and industry leaders knew about for years. The silence and inaction of many who know these behaviors were happening allowed these abuses to continue. The attitude of waiting for one more victim to come forward before choosing to take action cannot be tolerated. We must hold individuals, communities, and businesses to a higher standard.

It takes all of our voices to change a culture that tolerates sexual violence. Each of us has the opportunity to speak up to challenge ideas and behaviors that support sexual violence.

There are common misconceptions and stereotypes about people who sexually abuse.

The majority of sexual violence is committed by people survivors know and trust. People who commit acts of sexual violence sometimes abuse celebrity or authority status and the illusion of trust that comes with it. Each of us has a role to play as a bystander to intervene to stop problematic and disrespectful behavior.

People who sexually abuse can have strong social ties in the community. We must continue to hold those who commit sexual violence accountable, regardless of their position in the community, their power, their fame, or their wealth.

This is a critical moment.

We are encouraged that so many survivors, many of whom have remained silent for years or decades, feel comfortable enough now to speak publicly. With America focused on this very important issue, we have an unprecedented opportunity to improve understanding and change behaviors.

Local and national anti-sexual violence organizations are on the front lines supporting survivors and helping communities change norms that contribute to or overlook sexual violence. They need both funding and public champions to help bring about the necessary changes in our culture.