Can we really end human trafficking? It’s time to focus on offenders 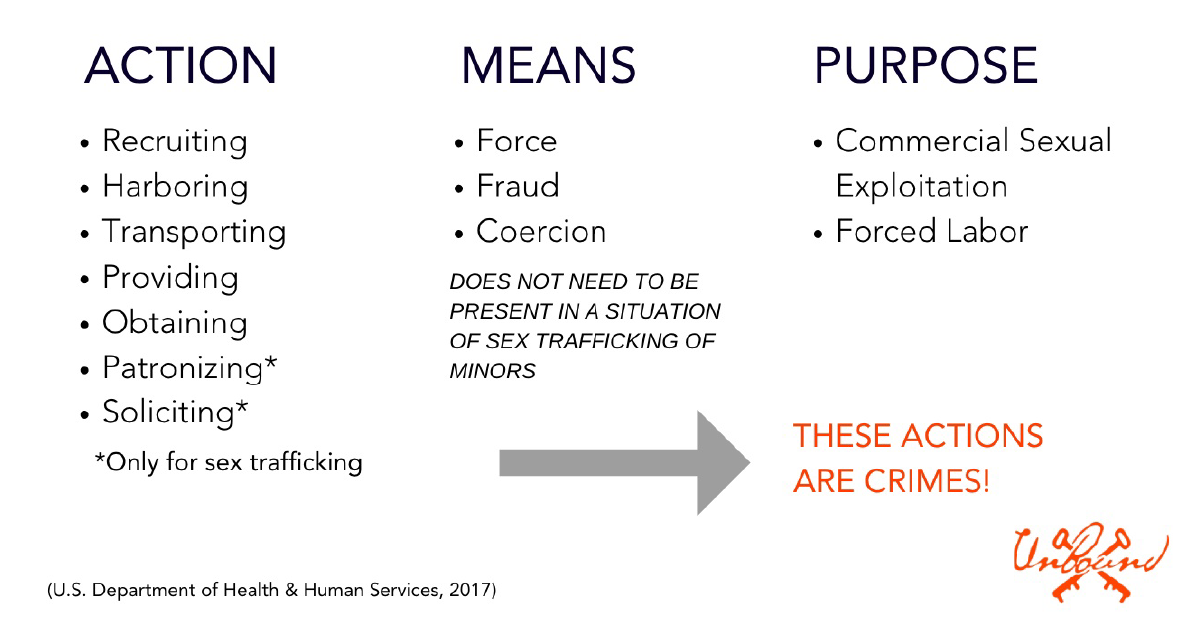 For most of us, human trafficking conjures images of young women being kidnapped by traffickers like in the movie Taken. While people are kidnapped and trafficked in this way, it is not even close to the most common forms of trafficking occurring on a daily basis. There are at least 25 types of human trafficking occurring in the United States, and most of them are hidden in plain sight, invisible if you’re looking for violent, Taken-style exploitation.

For example, the girls who met R. Kelly with stars in their eyes and hopes for professional support, and their parents who usually knew where they were but unaware of they were being sex trafficked. Or, the Bahamian workers who struggle to find employment on a daily basis and were so visibly exploited, unpaid for 24/7 work, throughout the Fyre Festival fraud. Our collective attention focused on the thousands of dollars people readily had available to buy tickets and load onto festival wristbands, while hardly exploring the impact of the labor trafficking and exploitation of Bahamian workers, on whose backs the entire fraud was arduously built.

When we spend our energy looking for visible signs of force, or kidnapping, we overlook the people whose life circumstances make them vulnerable to emotional, coercive abuse... the kind that has no visible bruises. The best way to understand, and to be able to identify, human trafficking is by focusing on the behavior of the traffickers. Using the “Action, Means, Purpose” model (above)* of understanding the criminal statutes is one helpful way to focus on offenders.

Focusing on the traffickers

In determining whether trafficking is occurring, it is important to focus on the actions of the traffickers, not the victims. That simple shift in approach has a dramatic impact on the way victims are approached, and the way they experience the scrutiny of investigations. The means by which the traffickers achieve their actions is also an important one to understand in a nuanced way. As in Taken, force is one component to traffickers achieving their actions, but fraud and coercion are equally relevant and even more common than force.

When we examine situations of human trafficking through the actions taken by potential traffickers, and the means by which they may have achieved those actions, we successfully shift our focus onto the offenders (where it belongs) and off of the victims. It then becomes so much easier to identify the involuntary nature of the commercial sex or labor in which the victim was being made to engage. We also remove blame and shame from the victims and place them directly on the traffickers themselves.

While Collective Liberty is working to train the nation’s law enforcement, and help this shift in approach catch on across the country, there are tangible ways you can help shift the culture as well.

Ways you can help shift the culture around trafficking:

We hope January, National Slavery and Human Trafficking Prevention Month, can be a motivator for us all to take small steps in our everyday lives to shift our collective focus onto traffickers and exploitation, so that together we can create a culture that refuses to tolerate human trafficking.

* The "Action Means Purpose" model graphic above is used with permission from Unbound Fort Worth.