Movies to Screen During SAAM 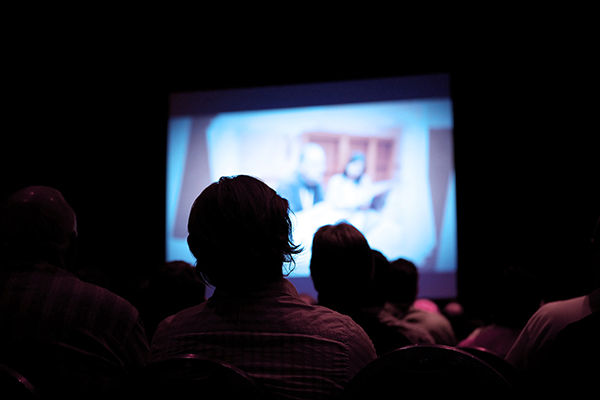 Movie screenings are a relatively easy way to get folks engaged in a dialogue about sexual violence. It doesn't take a huge team of volunteers to pull off either. Simply connect with your local movie theater and see if they'd be interested in the idea of hosting a screening in honor of Sexual Assault Awareness Month. After you've found a location to hold your screening, there are some other things you'll want to consider such as how to promote your event and how to make the most of the screening.

You should be aware that you will need to pay a licensing fee to show a movie in a public space. The theater you connect with should be able to direct you to the proper channels to legally screen the film. The fee to screen the film will vary depending on what you're showing and other variables (like audience size, location, etc), so you may want to look into a couple options to see what would best suit your budget and needs.

Create a Facebook Event for the screening and include the basic information like the location and time.  Invite your friends to the event and encourage others to share the event so you reach as many people as possible.

If you're planning on having a panel discussion after the screening, you could encourage those attending the event to ask their questions ahead of time on the discussion page. You can also use the event page to provide key information like a suggested arrival time, the time the movie will begin, and the time of the post-screening discussion.

Of course, you can also go "old-school" and make posters promoting the screening and spreading them around your community. The important thing is that you make your screening worthwhile by filling as many seats as possible!

Make the Most of Your Movie Screening

A movie screening can do so much more than just entertain. Consider having a table set up as attendees come in the doors. You could hand out SAAM materials (such as palm cards, posters, or one-pagers) and offer information about your local rape crisis center. You can also enlist future volunteers by collecting email addresses.

Before the film begins, you might have the event organizer make some opening remarks on the importance of the screening and educate the audience on ways they can get involved in Sexual Assault Awareness Month beyond attending the screening.

After the film, you might consider hosting a post-screening discussion. You could ask local experts to weigh in on the topics portrayed in the film and allow audience members to ask questions.

The movies you choose and the type of event you host will all be dependent on the needs of your community and can be tailored accordingly. There are countless films that deal with sexual assault either directly or indirectly, but we thought we’d get you started with a few ideas.

Here are eight movies that address issues of sexual violence from various perspectives.

The Hunting Ground depicts rape on college campuses, the emotional turmoil the assaults inflict on survivors and their families and how administrations have worked to cover up the cases.

The Shawshank Redemption
R - 2hr 22 min - Trigger Warning: male sexual assault
This film depicts the experience of a fallen banker in prison and his friendship with an older inmate. It contains some problematic depictions of prison sexual violence amongst male inmates. Addressing the things the film gets wrong about sexual violence could be the basis of an interesting and informative discussion.
Anita: Speaking Truth to Power
Not Rated - 1hr 17 min - Trigger Warning: sexual harassment and racism

I AM EVIDENCE
Not Rated - 1hr 29min - Trigger Warning: sexual assault
This documentary follows the stories of survivors seeking justice through the courts. It illuminates several failures of the U.S. criminal justice system and the disturbing backlog of unexamined rape kits.
Spotlight
R - 2hr 8min - Trigger Warning: child abuse
This crime drama follows a team of journalists who uncover child sexual abuse in the Catholic church and the Church’s complex cover-up of the scandals.

The Invisible War
Not Rated - 1hr 33min - Trigger Warning: military sexual assault
This documentary investigates the rape epidemic in the military, the systematic process of hiding these cases of assault and the devastation that follows.

Audrie and Daisy is a documentary that looks into the fear, isolation, bullying and harassment that victims of sexual assault experience in high schools across America.

This heartbreaking but hopeful film shows the journey of a young woman growing up in an abusive household. This movie shows the struggles of speaking out and escaping domestic abuse and violence.

This is part of a series of blog posts intended to guide individuals to make the most of April 2018's Sexual Assault Awareness Month.

Check out other blogs in the series: