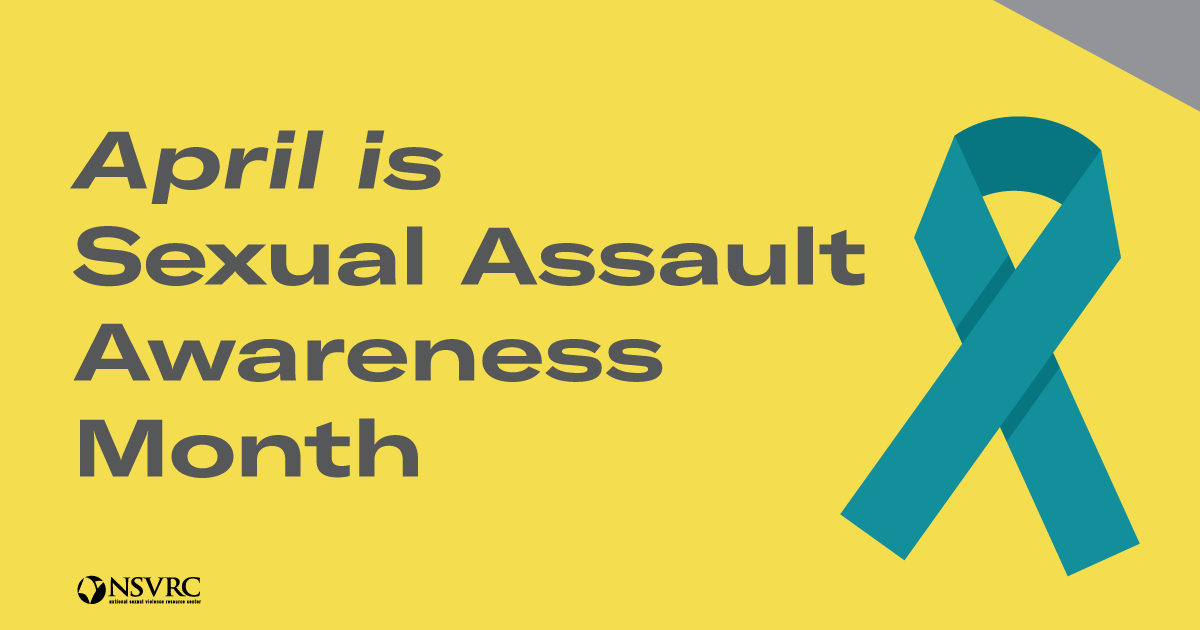 Harrisburg, PA –The National Sexual Violence Resource Center (NSVRC) commemorates the start of Sexual Assault Awareness Month (SAAM) in April with their ‘We Can Build Safe Online Spaces’ campaign to highlight how to practice consent online and build respectful online communities. The internet has become the new public square where we connect with romantic partners, friends, family, co-workers and even strangers, and this year's campaign shares how each of us can build online spaces free of sexual harassment and abuse.

NSVRC encourages individuals and communities to commemorate SAAM and show support for survivors of sexual harassment and abuse by wearing teal — the color of sexual violence prevention — on April 6th and posting a selfie to Twitter or Instagram using #SAAM2021. Wearing teal signals that you support survivors and are a safe person to talk to if they need to reach out.

“As technology has evolved to become a part of our everyday lives, our awareness of how it can be used to bully, threaten and commit abuse has grown as well,” said Yolanda Edrington, Executive Director of NSVRC. “The ‘We Can Build’ campaign promotes how you can practice consent and support survivors online. New platforms will continue to emerge as technology expands, and by leading with these foundational principles, we can build safe online spaces now and into the future.”

The goal of SAAM is to raise public awareness about sexual violence, educate communities on how to prevent it and bolster prevention efforts throughout the year. Free online campaign materials include resources on online abuse and trauma, digital consent, keeping kids safe online and building safe online communities. NSVRC has also developed virtual event templates to help individuals and organizations host their own online events.

“Sexual Assault Awareness Month isn’t just about raising awareness; it’s also about prevention,” said Laura Palumbo, Communications Director at NSVRC. “We can stop sexual harassment and abuse before it happens by addressing the bigger picture in which it occurs. The ‘We Can Build’ campaign calls on leaders and individuals to play a role in creating safe online communities and stepping in when harmful behaviors occur online.”

Since 2001, NSVRC has coordinated the national Sexual Assault Awareness Month campaign observed every April. This year’s theme is ‘We Can Build Safe Online Spaces.’ Join the campaign by accessing free resources at nsvrc.org/saam. Resources are available in Spanish at nsvrc.org/es/saam.